two days ago, early in the day, i wrote a poem:

(it wrote itself. i just scribbled it down after.)

then, i spent the next couple hours reading about the two people (on average) who’ve died every day since new years’ eve just three weeks ago — in frigid cold water by drowning, across the world and a few thousand hells from here — just because they were trying to escape a war they didn’t start. all these souls. people just like me, younger than me.

thinking about spitting angry poetry lyrics over something not even threatening my life suddenly overcame me as incredibly distasteful, small-minded, privileged, and BULLSHIT. i was mildly disgusted i could’ve so easily thrown my spewn, simple frustrations to the internet winds without a further thought; carelessly professed what was — in reality — a safe and uneventful transportation ride for me and everyone else as such a giant pain in my ass while, at the same time, somewhere-other-than-here, people are paying everything they have just for a blind chance to cross an ocean in some janky inflatable raft they know they might never walk out of.  fuck.

a couple weeks ago i learned my life will soon be making another huge shift. there is a lot of unknown, a lot of details i can’t control; in fact mostly all of it is currently unknown and not in my direct control. as i’ve begun adjusting to this next major turning-of-the-tides being so close on my horizon, while also feeling inadequate to steer myself as strongly as i’m used to (or comfortably at all), i’ve begun to fight that squeamish feeling — the one that keeps you up at night, the one that burrows itself in your gut during the day.

but here, let me interject: i’ve immense gratitude for the timing of all things in my life, for all the ways the universe has conspired to protect me in life thus far, and for all of what’s to come; i’ve steadily made effort to grow and learn from my journey, and have had both a deep trust/inner guidance i relied on heavily, and a crippling fear that showed up when it was (sometimes violently) beaten out of me; and i’ve learned how to grow my spirit back from the depths of some pretty nasty voids after it seemed crushed to oblivion — and i am thankful for all of these lessons. and — i do have a healthy love of good mystery… so a part of me is completely fascinated by the fact i’m about to step foot into the next part of the-rest-of-my-life and, even though it’s right around the corner, i have no clue what it is yet…

but — that’s because what i’m choosing between right now is mountains or city. alone or with someone else. this state or another. how close to my family do i WANT to be.

i’m not leaving my country knowing i’ll never see it again. i’m not leaving behind all i know and everything i own, or even my pet. i’m not running so i don’t starve or get murdered. or worse.

i know what it’s like to have what i need, and i know what it’s like to be lost; i’ve known comfort and safety and struggle, what it feels like when you have a grip, and the spell of terror that can follow when you lose it: to be adrift in unknown water; but i have NOT literally had to float across a strange dark and freezing, deadly ocean to fight for my life. i’ve been paralyzed with fear. i’ve frozen in the face of danger instead of getting the fuck out of the way. i’ve fought back when i shouldn’t have. and so it is (as it should be) incomprehensible to imagine how terrified these people are feeling in order to gamble their lives into the hands of human-smugglers — their babies’ lives — instead of choosing to stay where they are.

one story i read yesterday talked about how, in a small raft crammed with 45 people — some without life-vests, even ones who couldn’t swim — the motor gave out only five minutes into their journey. they floated over six hours, temperatures below freezing, most of the small children unable to handle the cold and succumbing to severe hypothermia, at night in the dark until the current brought them to Turkey. there, a guard turned them away and even beat some of them with wooden planks until, luckily, one of the young men in his twenties — an auto mechanic back home in Syria — was able to get their shitty outboard motor running and they were able to leave, trying one more time for Greece.

another reporter spoke of how he’d witnessed, of rafts bulging with people as they came ashore, a stunning, chilling silence among all who had made it — as if their collective trauma had hushed their spirits in unison, leaving behind just shells of discarded humans.

…and then those ghosts with wet clothes and shocked minds have to somehow keep moving. survive. be strong for the little ones.

…why do i feel like i’m writing an account of some historical event?? how is this really happening, right now, in twenty-sixteen… while the world watches…

so here i am — just on the other side of the world and a few million hells away — and i am deeply humbled for a stroke of birth-fortune i didn’t choose; for the fact i have a choice (no matter how limited the resources) of what to do next with my life.

so i decided to post my poem anyway. but to include the inner commentary that came shamefully tumbling behind it; hopefully it can help remind some of you, too, how important it is to remember perspective.

mindless, tired faces
too busy to notice
too burnt to care
pass with no eyes, no soul

and the trains blow by…

the music plays
chanting, on the edge of forever
spirits echo chasing dreams –
and i watch:

do i stay still? or run? 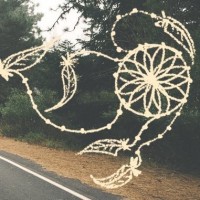 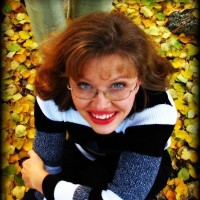 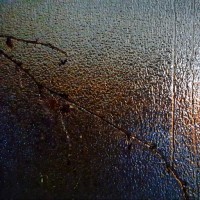 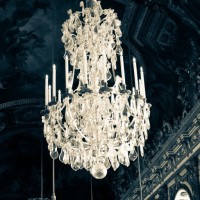 WELCOME TO MY METAPHORS